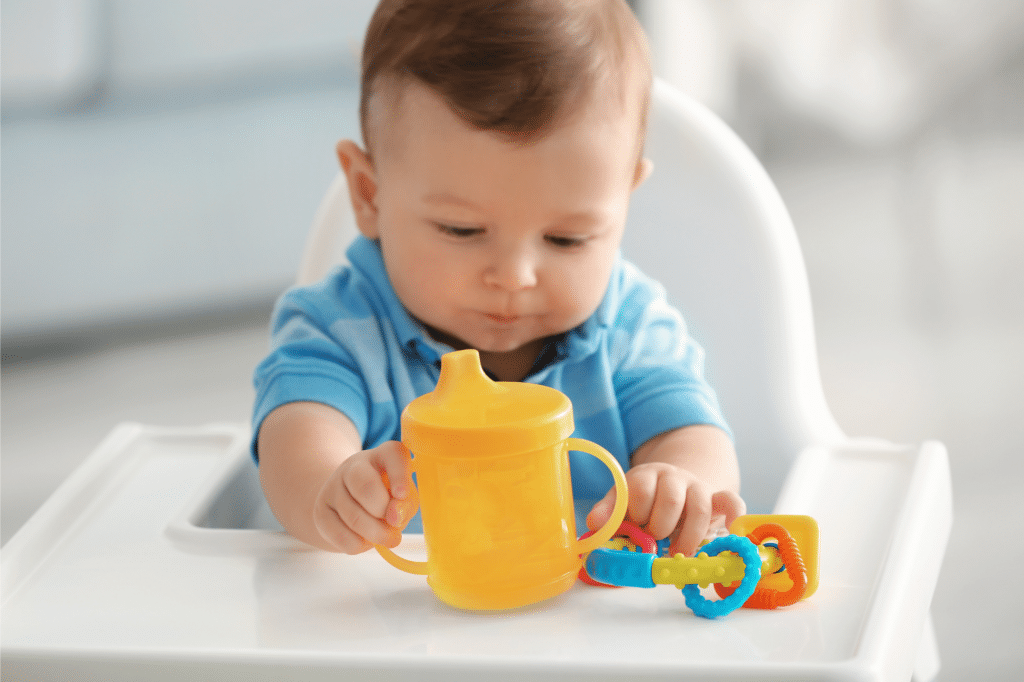 Transition From Bottle to Sippy Cup

Experts recommend parents should stop using bottles by a baby’s first birthday. Switching from bottles to sippy cups can be challenging for some babies, though, so here are some tips for making the transition smooth.

When to Introduce a Sippy Cup

It’s a good idea to introduce a sippy cup of water when you introduce solid foods. The goal at this age is not that your baby will drink anything but to become familiar with the sippy cup and start associating it with mealtimes. By introducing – not forcing – the sippy cup early, you can make the transition easier. If you wait too long, your child can develop an attachment to his or her bottle that will be difficult to break.

How to Transition from Bottle to Sippy Cup

Sometimes it takes trial and error to get results, so don’t give up. To increase your chance of a smooth transition, try the following:

NOTE: The earlier you introduce the sippy cup, the fewer tantrums you’ll have to deal with during the transition.

Whether you’re working with an infant or an older baby, remove the valve until your child gets the hang of drinking from a sippy cup. While the valve prevents spills, it makes the liquid harder to pull from the cup, which can lead to frustration.

There’s always the cold turkey method: Instead of slowly replacing bottles with sippy cups, eliminate all bottles at once and make the complete transition to sippy cups overnight. It might create some initial stress, but the transition will be much quicker.

Whichever method you use, follow-through will be key.

A flexible silicone spout will feel familiar to a bottle-fed baby, so it could make the transition easier. Many bottle manufacturers make sippy spouts compatible with their bottles to help the transition. Once your child is used to drinking from a silicone sippy spout, it will be easier to transition to other sippy cups.